Can Science Account for Everything? Some say yes, but the answer is… 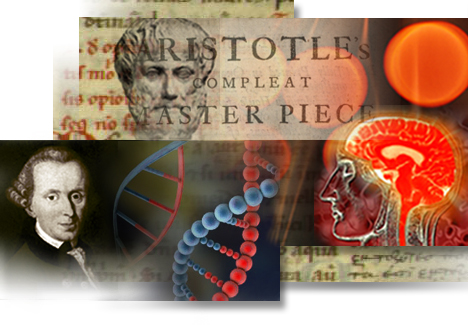 In a 1998 debate featuring William Lane Craig and Peter Atkins, Atkins posed the following challenge to Craig in which he asserts that science can account for everything. At one point in the debate Atkins states that ‘science is omnipotent.’ (It is Ok to go ahead and have a chuckle or two) The following is an excerpt from the debate with Craig’s excellent refutation to Atkins claim:

Peter Atkins: Do you deny that science cannot account for everything?

William Lane Craig:  Yes, I do deny that science can account for everything.

WLC: I think there are a good number of things that cannot be scientifically proven, but which are all rational to except:

1. Logical & mathematical truths cannot be proven by science.  Science presupposes logic & math so that to try and prove them by science would be arguing in a circle.

2. Metaphysical truths like, there are other minds other than my own, or that the external world is real or that the past was not created five minutes ago with an appearance of age, are rational beliefs that cannot be scientifically proven.

3. Ethical beliefs about statements of value are not accessible by the scientific method. You can’t show by science whether the Nazi scientists in the camps did anything evil as opposed to the scientists in Western democracies.

4. Aesthetic judgments cannot be accessed by the scientific method, because the beautiful like the good, cannot be scientifically proven.

5. And finally, most remarkably, would be science itself, science cannot be justified by the scientific method. Science is permeated with unprovable assumptions. For example, in the special theory of relativity—the whole theory hinges on the assumption that the speed of light is constant in a one way direction between any two points A & B—but that strictly cannot be proven, we simply have to assume that in order to hold to the theory.

None of these beliefs can be scientifically proven, and yet they are accepted by all of us as rational deductions of the world in which we live.” (end of transcript)

After reading/viewing the above, the limitations of science have certainly been put in context. Certainly, no clear thinker would suggest that science can account for everything, much less that ‘science is omnipotent.’

In his book, God’s Undertaker—Has Science Buried God, John Lennox states, “God is ‘the ground of all explanation: it is his existence which gives rise to the very possibility of explanation, scientific or otherwise…far from science abolishing God,… it would seem that there is a substantial case for asserting that it is the existence of a Creator that gives to science its fundamental intellectual justification.”