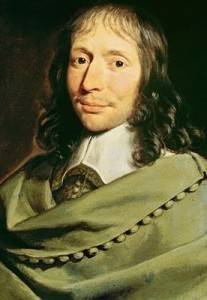 Most philosophers think Pascal’s Wager is the weakest of all arguments for believing in the existence of God. Pascal thought it was the strongest. After finishing the argument in his Pensées, he wrote, “This is conclusive, and if men are capable of any truth, this is it.” That is the only time Pascal ever wrote a sentence like that, for he was one of the most sceptical philosophers who ever wrote.

Suppose someone terribly precious to you lay dying, and the doctor offered to try a new “miracle drug” that he could not guarantee but that seemed to have a 50-50 chance of saving your beloved friend’s life. Would it be reasonable to try it, even if it cost a little money? And suppose it were free—wouldn’t it be utterly reasonable to try it and unreasonable not to?

Suppose you hear reports that your house is on fire and your children are inside. You do not know whether the reports are true or false. What is the reasonable thing to do—to ignore them or to take the time to run home or at least phone home just in case the reports are true?

Suppose a winning sweepstakes ticket is worth a million dollars, and there are only two tickets left. You know that one of them is the winning ticket, while the other is worth nothing, and you are allowed to buy only one of the two tickets, at random. Would it be a good investment to spend a dollar on the good chance of winning a million?

No reasonable person can be or ever is in doubt in such cases. But deciding whether to believe in God is a case like these, argues Pascal. It is therefore the height of folly not to “bet” on God, even if you have no certainty, no proof, no guarantee that your bet will win. (For complete article, here)

I discuss Pascal’s Wager in the chapter on “Religious Epistemology” in Philosophical Foundations for a Christian Worldview. For those who are not familiar with Pascal’s argument, let me summarize briefly. Pascal argued, in effect, that belief in God is pragmatically justified because we have nothing to lose and everything to gain from holding that belief. (For complete article, here)

A Royal Ruin: Pascal’s Argument from Humanity to Christianity–Douglas Groothuis
Is it possible to reconcile mankind’s dueling capacities for debauchery and greatness? As Dr. Doug Groothuis explains, Pascal saw the Christian worldview as the only plausible explanation for this inner conflict that plagues the human race. (For complete article, here)