I would like to present a ‘template,’ if you will, as to how we can reach out to our Muslim neighbors, friends, and new acquaintances during this Christmas season.
I’ll be drawing on Paul’s approach when addressing the Athenians at the Areopagus in Acts 17.

Paul’s first step was to affirm what he could affirm so as to build a bridge between his message and the listeners:

So, Paul, standing in the midst of the Areopagus, said: “Men of Athens, I perceive that in every way you are very religious.
For as I passed along and observed the objects of your worship, I found also an altar with this inscription: ‘To the unknown god.’
What therefore you worship as unknown, this I proclaim to you. (Acts 17:22–23 ESV) 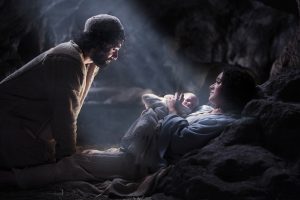 Notice that Paul did his homework. He “walked around” and meticulously examined the culture he
sought to reach with the Gospel. In his search, he found a starting point, a place where he could
begin to build a bridge between something familiar to his audience and the Gospel: their religiosity
and their worship of an unknown god.

Paul’s method in Athens is instructive. He understood the culture and employed that knowledge to identify a starting point for building a bridge to the Gospel. In applying Paul’s evangelistic approach to the Athenians, we to can consider “our Athens”— the cultural and religious context of our Muslim friends and how we too can build a bridge to the Gospel during this Christmas season.

Alan Shlemon, author and speaker for Stand to Reason (str.org), offers a “bridge building” methodology in line with that of the Apostle Paul, as to how we can understand and begin with the Muslim (mis)-understanding of Jesus (Isa in the Qur’an). In his article, “What Muslims Miss About Christmas” he offers insights into how to build the bridge to who Jesus truly is—”the Word made flesh…the only Son from the Father, full of grace and truth.” (John 1:14):

Muslims are going to miss Christmas this year. I don’t mean they won’t celebrate on December 25. Rather, they’ll miss what Christmas is all about
—when the Word (the second person of the Trinity) took on humanity.

Remember, Muslims do believe in Jesus. They believe He’s a man, a mere mortal like Moses or Mohammed. Although they call him a prophet, they don’t believe He has a divine nature, is the Son of God, or is the second person of the Trinity. In fact, they reject the Trinity altogether. This is a massive theological difference from Christianity.

The Muslim version of Jesus turns out to be the worst case of mistaken identity in all human history. That’s because Islam has a meritorious-based system of salvation. A Muslim’s ability to get into heaven is evaluated on the weight of their good and bad deeds. That’s not good news. By denying the God-man Jesus, Muslims miss out on the meaning of Christmas. God becomes man, lives the perfect life that we couldn’t live, and dies as a substitute for us. He does for us what we couldn’t do for ourselves. That’s what makes Christmas so merry.

This month is a perfect opportunity to tell our Muslim friends the story of Christmas. Since Jesus already holds an esteemed position in Islam, we already have
a head start. Muslims believe He exists and plays a major role in their faith. We just need to show them how the Christmas story is something worth rejoicing about.

Finally, one of the most important things we can do for our Muslim friends is to invite them to a Christmas celebration at our home church, or a church in the area
that is offering a biblically-based presentation/celebration of Christmas. I often challenge my Muslim friends to attend church with me, letting them know that I
have visited a number of mosques, have had conversations with the Imam, etc., and now I am offering them the opportunity to return the favor by attending my church so they will come to a better understanding of what the Christian faith is about. When Claire and I brought a family from Iran with us to church, the reaction was tears of joy
and comments such as, “I have never felt such love.”

May our almighty Triune God empower us to be His intentional ambassadors this Christmas Season!

To a blessed & fruitful Christmas,
Lane

Backyard Missionaries: How These Christians Are Reaching Muslims at Christmas—Video/article—CBN, here