Arguments for the existence of God 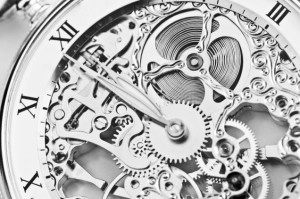 Arguments for the Existence of God
http://www.philosophyofreligion.info/theistic-proofs/

Over the centuries, there have been many attempts by religious philosophers to prove the existence of God, and a canon of classic arguments has been developed. Not all of these arguments have their origins in Christian philosophy; Jewish and Muslim philosophers have made significant contributions to the philosophy of religion, and both Plato and Aristotle have influenced its development.
Recent decades have seen a rise in interest in natural theology and the philosophy of religion. Each of the classic theistic proofs has been revived and refined, presented in revised form and defended afresh. Whether any of these arguments for the existence of God is successful, of course, remains controversial.

Arguments for the Existence of God

The arguments themselves are arranged under the following headings: Pascal’s Wager, The Ontological Argument, The Cosmological Argument (including the first cause argument), The Teleological Argument(i.e. the argument from design), The Moral Argument, and The Argument from Religious Experience.
There are, however, two preliminary issues to be dealt with: the intrinsic probability of the existence of God, which will bear on the degree of suspicion with which we view the purported theistic proofs, andreformed epistemology, which holds that belief in God can be rational even if it cannot be supported by evidence.

The ontological argument is an argument that attempts to prove the existence of God through abstract reasoning alone. The argument begins with an explication of the concept of God. Part of what we mean when we speak of “God” is “perfect being”; that is what the word “God” means. A God that exists, of course, is better than a God that doesn‘t. To speak of God as a perfect being is therefore to imply that he exists. If God’s perfection is a part of the concept of God, though, and if God’s perfection implies God’s existence, then God’s existence is implied by the concept of God. When we speak of “God” we cannot but speak of a being that exists. To say that God does not exist is to contradict oneself; it is literally to speak nonsense.

The modal cosmological argument, the argument from contingency, suggests that because the universe might not have existed (i.e. is contingent), we need some explanation of why it does. Whereever there are two possibilities, it suggests, something must determine which of those possibilities is realised. As the universe is contingent, then, there must be some reason for its existence; it must have a cause. In fact, the only kind of being whose existence requires no explanation is a necessary being, a being that could not have failed to exist. The ultimate cause of everything must therefore be a necessary being, such as God.

The temporal kalam cosmological argument, begins by arguing that the past is finite. The idea that the universe has an infinite past stretching back in time into infinity is, the argument notes, both philosophically and scientifically problematic; all indications are that there is a point in time at which the universe began to exist. This beginning must either have been caused or uncaused. It cannot have been uncaused, though, for the idea of an uncaused event is absurd; nothing comes from nothing. The universe must therefore have been brought into existence by something outside it. The kalam argument thus confirms one element of Christianity, the doctrine of Creation.

The teleological argument is the argument from the order in the world to the existence of a being that created it with a specific purpose in mind. The universe is a highly complex system. The scale of the universe alone is astounding, and the natural laws that govern it perplex scientists still after generations of study. It is also, however, a highly ordered system; it serves a purpose. The world provides exactly the right conditions for the development and sustenance of life, and life is a valuable thing. That this is so is remarkable; there are numerous ways in which the universe might have been different, and the vast majority of possible universes would not have supported life. To say that the universe is so ordered by chance is therefore unsatisfactory as an explanation of the appearance of design around us. It is far more plausible, and far more probable, that the universe is the way it is because it was created by God with life in mind.

The perfectionist moral argument sets up a problem: how can it be that morality requires perfection of us, that morality cannot require of us more than we can give, but that we cannot be perfect? The only way to resolve this paradox, the argument suggests, is to posit the existence of God.

The Argument from Religious Experience

The Argument from Miracles

The argument from miracles is the argument that the occurrence of miracles demonstrates both the existence of God and the truth of Christianity. If the Bible is to be believed, then Jesus‘ ministry was accompanied by frequent miraculous signs that his claims and his teachings were endorsed by God the Father. His resurrection from the dead was, of course, the greatest of these, and is still taken by many today to be a solid foundation for their faith. Miracles typically involve the suspension of the natural operation of the universe as some supernatural event occurs. That can only happen, of course, given the existence of some supernatural being.