Reliability of the New Testament

The Resurrection of Jesus Christ–Tr 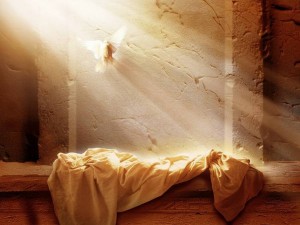 uth or fiction? Fact or fable? History or myth?
by Lane

(See videos after this article for further information on the topic)

Let’s get right to the point—are the Biblical accounts of Jesus’ life on earth and His death and resurrection historically reliable, or are they fiction, myth or simply legend? Is the veracity of the Bible’s historical accounts on the same level historically as other accounts of history which we’ve studied in our high school & university classes, accounts that we have considered credible & even factual? Let us follow the evidence & see where it leads.

Let’s first of all look at the manuscript evidence. Recent indications are that the New Testament is supported by more than 5500 copies and partial copies in Greek and other languages, while most ancient classical Greek and Roman texts have fewer than 10 each. Moreover, there is comparatively little significant variation between these manuscripts, even when they are derived from different textual families.

The New Testament copies are much earlier—that is, closer to the original writings—than the classical texts. Most of the New Testament is available from copies that are only 100-150 years after its completion, while a copy of the entire New Testament dates from about another 100 years after that. In contrast, the classical counterparts generally date from 700-1400 years after their original compositions. This enormous difference significantly closes the distance between the authors and the earliest copies, placing the dates of the New Testament copies much closer to the events themselves. This makes it at least possible that the biblical writers were in a better position to know what actually occurred.

Generally speaking, critical scholars readily admit these initial two points of manuscript number and date. John A. T. Robinson agrees that, “The wealth of manuscripts, and above all the narrow interval of time between the writing and the earliest extant copies, make it by far the best attested text of any ancient writing in the world.” Even the skeptical Helmut Koester attests: “Classical authors are often represented by but one surviving manuscript . . . . But there are nearly five thousand manuscripts of the NT in Greek . . .”

John Wenham thinks that the overall biblical text is 99.99 percent pure, without any of the differences affecting doctrine. Greek scholar D.A. Carson sums up the issue this way: “The purity of text is of such a substantial nature that nothing we believe to be true, and nothing we are commanded to do, is in any way jeopardized by the variants.”

Additionally, approximately one and a half dozen non-Christian, extra-biblical sources confirm many details from Jesus’ life and teachings as found in the Gospels. Early Christian writers like Clement of Rome, Ignatius, and Polycarp provide even more confirmation, writing just ten years or less after the completion of the New Testament. While archaeological sources do not contribute as much corroboration as they do in Old Testament studies, there are a number of indications that, when the details can be checked, the New Testament is often confirmed.

Especially when taken together, much data are available which confirm the traditional picture regarding the life and teachings of Jesus…the available evidence from a variety of angles confirms the strong foundation on which the general reliability of the New Testament reports of the historical Jesus can be based.[1]

Now that we have placed the Bible in its proper historical context in regards to the overwhelming evidence of its reliability and veracity, let’s turn specifically to the event of Jesus’ resurrection and see if it meets the criteria established by historians when accessing the credibility of an event in antiquity. New Testament scholars Gary Habermas and Michael Licona have listed five criteria noting that “a historian who is able to apply one or more of the following principles to a text can conclude with much greater confidence whether a certain event occurred.”[2]

1)   Historical claims are strong when supported by multiple, independent sources.

2)   Historical claims which are also attested to by enemies are more likely to be authentic since enemies are unsympathetic, and often hostile, witnesses.

3)   Historical claims which include embarrassing admissions reflect honest reporting rather than creative storytelling.

4)   Historical claims are strong when supported by eyewitness testimony.

5)   Historical claims which are supported by early testimony are more reliable and less likely to be the result of legendary development. [3]

Therefore, when inquiring into a historical event “the historian combs through the data, considers all the possibilities, and seeks to determine which scenario best explains the data.” [4]

The only way we can know whether an event can occur is to see whether in fact it has occurred. The problem of “miracles,” then, must be solved in the realm of historical investigation, not in the realm of philosophical speculation. And note that a historian, in facing an alleged “miracle,” is really facing nothing new. All historical events are unique, and the test of their factual character can be only the accepted documentary approach that we have followed here. No historian has the right to a closed system of natural causation….” [7]

Therefore, whether or not Jesus rose from the dead is really quite straightforward: “If Jesus was dead at point A, and alive again at point B, then resurrection has occurred: res ipsa loquitur.” [8]

When we are asked to play the apologist role, when dialoguing with someone who is skeptical of the New Testament narratives, Paul Copan offers the following instruction on how to approach and defend the veracity of the Gospel accounts—“The Christian has no way to refute skepticism about the unique claims and deeds of the historical Jesus without first establishing that the texts that record his claims are generally reliable. If the Gospels are fictitious, then a defense of Jesus’ self-understanding and unique role in salvation will also come under fire. So what follows are a few points to keep in mind when discussing the Bible’s historical reliability.[9]  First, the Christian doesn’t need to start a discussion with a skeptic assuming that the Gospels are “sacred writings” or “inerrant.” He only needs to argue that they purport to be historical and that they can be shown to be reliable for historical purposes. The Christian can challenge the skeptical inquirer: “Treat the Gospels just like you would any other historical document. Subject it to the same criteria. Treat it just like Caesar’s Gallic Wars, Josephus’ Jewish Wars, or Tacitus’ Annals of Imperial Rome. If you accept them as generally accurate, on what basis would you discount the reliability of the Gospels?” My experience has shown that few skeptics have assessed the Gospel accounts in this light.” [10]

The following points are facts regarding the resurrection of Jesus Christ which scholars and scientists, even the most skeptical, agree upon.

1. Jesus died due to the rigors of crucifixion

3. Psychological fact—the disciples where in a state of despair—anxiety, anger, depression, hatred

5. Jesus’ disciples and over 500 people believed they had witnessed a bodily appearance/resurrection. (Gert Lüdemann, perhaps the most prominent current critic of the resurrection, admits, “It may be taken as historically certain that Peter and the disciples had experiences after Jesus’ death in which Jesus appeared to them as the risen Christ.” [11])

6. Lives were transformed—they were willing to die. Jerusalem is the last place you would want to preach the message of the resurrection—empty tomb—if not empty, the body would have been produced. No body—proof of empty tomb

7. James & Paul—they both came to Christ after they experienced what they believed to have been the appearance of the risen Jesus.

8. Resurrection is the center of early teaching/proclamation. [12]

Richard Swinburne, emeritus professor of philosophy at Oxford University gives the following analysis of the evidence for the resurrection, “Evidence about what happened on a particular occasion is provided by memory, testimony, physical traces, and background evidence (whether the world as a whole shows that sort of thing very likely to occur). Apparent testimony claims should be taken as genuine claims and should be believed in the absence of counter-evidence. If Jesus rose from the dead, this was a miracle—a violation of natural laws brought about by God. If there is no God, there cannot be such a violation. If there is a God, violations can occur but in general do not. But, in so far as the evidence of natural theology suggests that there is a God, and that he has reason to bring about this sort of miracle on this occasion, then positive evidence for the Resurrection from the testimony of witnesses may make it overall very probable that Jesus rose from the dead.” [13]

Is the Original Text of the New Testament Lost? Rethinking Our Access to the Autographs
One of the standard challenges for New Testament textual criticism is whether we can work our way back to the original text. Some scholars are notoriously skeptical in this regard. Since we only have later copies, it is argued, we cannot be sure that the text was not substantially changed in the time period that pre-dates those copies. But is it really true that we only possess copies of copies of copies? Is there really an enormous gap, as Koester and Ehrman maintain, between the autographs and our earliest copies?

A recent article by Craig Evans of Acadia University suggests otherwise. In the most recent issue of the Bulletin for Biblical Research, Evans explores the question of how long manuscripts would have lasted in the ancient world, and whether that might provide some guidance of how long the autographs might have lasted–and therefore how long they would have been copied. Read more here

Why The Gospels Are Historical-Craig Evans Ph.D.

Is the Bible Reliable?

Has the New Testament been changed, corrupted, or mistranslated to the point that we don’t know what it originally said?

The Reliability of the New Testament (Introduction)

The Reliability of the New Testament (Textual Corruption)

The Reliability of the New Testament (Oral Tradition)

The Bible and Sir William Ramsay