As Christians, we need to be equipped to fulfill our responsibilities and duty in carrying out the Great Commission that our Lord and Savior gave to us at the time of His ascension. His parting words were, “But you will receive power when the Holy Spirit has come upon you, and you will be my witnesses in Jerusalem and in all Judea and Samaria, and to the end of the earth.” (Acts 1:8-ESV) An essential aspect of our witness is being able to articulate an historical case for the historicity and credibility of the Christian faith and worldview. (1 Peter 3:15)

Historian Mark A. Noll sums up why history ought to matter to us as Christians:

The Christian stake in history is immense. Every aspect of lived Christianity—worship, sacraments, daily godliness, private devotion, religiously inspired benevolence, preaching—every major theme of Christian theology—the nature of God in relation to the world, the meaning of Christ, the character of salvation, the fate of the universe—directly or indirectly involves questions about how the present relates to the past.[1]

Jewish historian Will Herberg places history front and center in the defense of the biblical faith:

The uniqueness—the “scandal”—of biblical faith is revealed in its radically historical character… The message biblical faith proclaims, the judgments it pronounces, the salvation it promises, the teaching it communicates, are all defined historically and understood as historical realities, rather than timeless structures of ideas or values.[2] 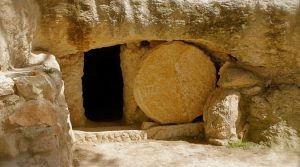 As it has been rightly said, Christianity stands or falls on history, the historical events in which God’s entered into the history of this world at different times and different places. Paul makes this crystal clear in 1 Cor. 15 when he boldly states, “And if Christ has not been raised, your faith is futile and you are still in your sins. Then those also who have fallen asleep in Christ have perished. If in Christ we have hope in this life only, we are of all people most to be pitied. But in fact Christ has been raised from the dead, the firstfruits of those who have fallen asleep…”

It is the historical resurrection event on which the Christian faith stands or falls, and it is the historical event that is most often attacked and as such, is the one that every Christian must be able to defend, not just by saying, “I know that Jesus lives because He lives in my heart.” The self-authenticating witness of the Holy Spirit is an evidence of Christ’s presence for the believer, but for the unbeliever it is essential that we as the believer are equipped to present objective evidence in support of our beliefs. Otherwise our claims hold no more water than the assertions of anyone else claiming to have a private experience of God. Peter is very clear on this point when he says, “… but in your hearts honor Christ the Lord as holy, always being prepared to make a defense to anyone who asks you for a reason for the hope that is in you; yet do it with gentleness and respect…” (1 Peter 3:15-ESV)

So what is the argument we are told to prepare in making the defense for the reason of our hope and belief? It is the evidential/historical proof of the Christian worldview. This was the evidential methodology that Jesus and His disciples used when making their case. Here are just a few of many examples: 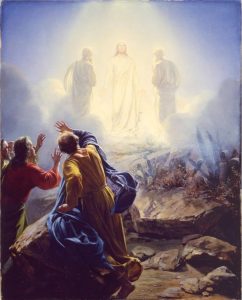 For we did not follow cleverly devised myths when we made known to you the power and coming of our Lord Jesus Christ, but we were eyewitnesses of his majesty. For when he received honor and glory from God the Father, and the voice was borne to him by the Majestic Glory, “This is my beloved Son, with whom I am well pleased,” we ourselves heard this very voice borne from heaven, for we were with him on the holy mountain. (2 Peter 1:16-18-ESV)

In an interview on the challenge of history as it pertains to Christianity, William Lane Craig offers the following:

Why is history so important to the Christian faith?

History is crucial to Christianity because it keeps the Christian faith from degenerating into mythology. Unless the Bible is rooted in actual historical events, there is no reason to think that Jesus of Nazareth should be any more determinative for my life today than so-called gods like Thor, Odin or Zeus or any other mythological deity. History is the vital component in Christianity because it grounds faith in fact and keeps it from being mere myth.

Do other religions have a similar interest in history?

Yes, but only in a relative sense. Other religions certainly have an historical component. One thinks of Judaism, for example, where at least among orthodox Jews, God’s acts in history like the Exodus are very important. God’s rescue of the Israelites from Egypt is the central miracle of the Old Testament. Again, history plays some role in Islam. For instance, the coming down of the Qur’an out of heaven to Muhammad is purported to be an historical event and is believed by Muslims to be God’s revelation to him.

So there are historical elements in these faiths, but they don’t have the same significance as historical events in Christianity. The reason for this is that one’s salvation in Judaism and in Islam is not a matter of historical facts; it’s a matter of being obedient to certain sorts of prescribed activities or regulations. Although these regulations arose in a certain historical context, that context doesn’t really affect the practice of the piety of those religions in any way. However, in Christianity it’s entirely different. In Christianity the saving acts of God are themselves historical acts. So if you were to remove the historicity of Jesus or the historicity of the cross, the whole basis for atonement and salvation would be removed.

So, in one sense, it’s true that history is important to these other faiths; but historical facts do not occupy the central role that the saving acts of God do in Christianity.[3]

As per William Lane Craig’s analysis regarding Islam and history, a number of Muslim scholars have affirmed that the Qur’an, Islam’s highest authority, is not a book of history. I have had this confirmed again and again by imams whom I have conversed with. Islamic scholar, Hamza Yusuf says this about the Qur’an and history:

“The Qur’an is not a history book. There are definitely historical elements in there, the Qur’an is using historical examples, but they are used in an a-historical placing. In other words, the story of Pharoah and Musa is irrelevant when it occurred, it’s even irrelevant if it occurred. What is being taught is something very powerful. The Quranic narrative is that it did occur, but that is not what is relevant from the story. The story is used as a teaching example to learn something of what happened in the past in order to avoid its repetition in the future.” [4] (For more on Islam and the Qur’an’s detachment from history, see my article, “The Qur’an & history-do they sync?” here)

Theologian and author Graham A. Cole sums up the importance that history should occupy in the faith of the believer:

“God is rendered in Scripture not as some kind of explanatory principle cited to make sense of the natural world. The God of the Bible is not like the idea of water in Thales, the ancient Greek philosopher. For Thales, water was the key to understanding nature. Rather the God of Scripture is the living God who creates, speaks, saves and judges. Broadly speaking, sensitivity to the historic dimension of Scripture is not an option. It is inescapable if justice is to be done to the Bible’s own content.[5]

Daniel L. Migliore therefore rightly argues, “If the Gospels refer to the living God acting and suffering in Christ for our salvation, if the story they tell is not simply pious fiction, then historical study can never be irrelevant for Christian faith.”[6]

The Evidence for Christianity-William Lane Craig