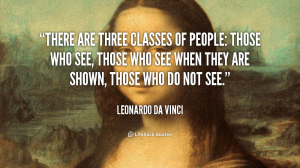 A large sector of the general public have been taken in by the Gnostic gospels ‘craze’, with Dan Brown’s fictional novel, The Da Vinci Code, leading the way. This is evidenced by the fact that the Da Vinci Code sold more than 40 million copies and was on the New York Times bestseller list for more than 50 weeks, not to mention the success of the movie that followed. The book has caused many to reexamine their concept of Christianity and to ask such questions as, “are the Gospel narratives, found in Matthew, Mark, Luke and John, all there is to know about Jesus, or is there something more?—maybe the gnostic ‘gospels’ are the real narratives of Jesus’ life, narratives that were suppressed by the early Church fathers, etc.” Human nature seems to lend itself to always be looking for that ‘something more,’ some hidden agenda or conspiracy that needs to be uncovered.

In his comprehensive article, The Gnostic Gospels: Are They Authentic?, Christian apologist, Douglas Groothuis puts the ‘excitement’ generated by the Nag Hammadi gnostic ‘gospel’ discoveries in context, “Although much excitement has been generated by the Nag Hammadi discoveries, not a little misunderstanding has been mixed with the enthusiasm. The overriding assumption of many is that the treatises unearthed in upper Egypt contained “lost books of the Bible” — of historical stature equal to or greater than the New Testament books. Much of this has been fueled by the titles of some of the documents themselves, particularly the so-called “Gnostic gospels”: the Gospel of Thomas, Gospel of Philip, Gospel of Mary, Gospel of the Egyptians, and the Gospel of Truth. The connotation of a “gospel” is that it presents the life of Jesus as a teacher, preacher, and healer — similar in style, if not content, to Matthew, Mark, Luke, and John. Yet, a reading of these “gospels” reveals an entirely different genre of material. For example, the introduction to the Gospel of Truth in The Nag Hammadi Library reads, “Despite its title, this work is not the sort found in the New Testament, since it does not offer a continuous narration of the deeds, teachings, passion, and resurrection of Jesus.” The introduction to the Gospel of Philip in the same volume says that although it has some similarities to a New Testament Gospel, it “is not a gospel like one of the New Testament gospels. . . . [The] few sayings and stories about Jesus…are not set in any kind of narrative framework like one of the New Testament gospels.” 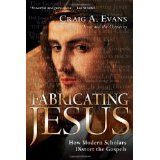 In his book, Fabricating Jesus, New Testament scholar, Craig E. Evans, explores modern historical study of the Gospels which seem to give us a new portrait of Jesus almost every Spring—conveniently timed for Easter so as to garner the most interest as well as getting the most monetary return for the effort put into the historical revisionism, whether it be literary or movie. The more unusual the portrait of Jesus is, spun from the imagination of the writer or producer, the more attention it receives from both the popular media and the uninformed and/or gullible public. It is understandable that the media and public would go for the new yearly ‘spin’ that is given to the life of Jesus of Nazareth, but for a chosen few within the scholarly community to also buy into the ‘spin’, it does cause one to wonder as to why, when the preponderance of the evidence speaks to the veracity of the New Testament narratives and against such Gnostic legends that appear in the middle of the second century. Chronologically speaking, this means that the Gnostic ‘gospels’ couldn’t have been written by eyewitnesses, nor would their authors have been able to directly interview eyewitnesses. The late dates of the ‘gospels’ call their authenticity into question. By the time these ‘gospels’ were penned, there was already widespread agreement among Christian leaders as to which writings they considered Scripture and those that didn’t pass the authenticity test. This was especially true concerning the Gospel accounts of Christ. Despite the claims of a hand full of scholars and sensationalistic critics, these Gnostic “gospels” weren’t considered by the earliest Christians as alternative or competing gospels for one simple reason—they didn’t exist yet. As C. S. Lewis observed when reading the New Testament Gospels, “I have been reading poems, romances, vision literature, legends and myths all my life. I know what they are like. I know none of them are like this,” however, legends and myths is exactly what we find in the Gnostic gospels.

In his intro in the following video, Craig E. Evans states, “One of the reasons I wrote Fabricating Jesus, was this, I think, misuse in popular writing, but also even in some scholarly writing, the misuse of the Gospels, and suggesting that the NT Gospels really don’t give us what we need to know about Jesus. And so if we want to find what the real Jesus talked about we have to turn to these other sources. We have to look at the gospel of Thomas, for example, or the gospel of Peter or from some of the Gnostic writings, and then we will find the true Jesus. Sometimes in the popular writings, there’s the insinuation, if not explicit claim, that there’s a conspiracy of some sort, that the Vatican is behind something, that we don’t want the truth to get out, because it’s embarrassing, we don’t want people to know what Jesus was really like, he had a wife, for example, and children, or that he wasn’t divine at all, or that he was a this or he was a that, and on it goes ad nauseum. And so Fabricating Jesus, a major reason for writing, is to try to set the record straight, and say to the general public, ‘look folks, these claims about this mysterious Jesus, or the Jesus the Vatican doesn’t want you to know, is not based on any historical evidence, it’s not based on first century documentation, it’s not based on archeology, it’s not based on real scholarship.”

FABRICATING JESUS. FROM THE GNOSTIC GOSPELS TO THE DEAD SEA SCROLLS

Caricatures and Christ–by L. T. Jeyachandran
At the height of the craze, the Beatles boasted they were more popular than Jesus Christ.  Earl Woods, father of the renowned golfer Tiger Woods, once noted that his son was more famous than Jesus Christ.  Christians are piqued when such claims are made from time to time.  I wonder if we should not marvel that this simple Galilean carpenter who lived two millennia ago should, without his asking, become the frame of reference for fame.  The choice of theme for certain novels, purportedly hidden gospels, and other shock-invoking commentaries evince a similar interest in the person of Jesus Christ. For compete article, here

Why There’s No Such Thing as a “Lost Gospel”-by Lenny Esposito
Are there really “lost” Gospel texts that were eliminated from the Bible? The claim has been circulating for many decades now, with specials on television that highlight the Gospel of Judas or books such as Dan Brown’s The Da Vinci Code. Yet, simply because someone calls a writing “Gospel” does that mean it should be considered as a candidate for Scripture alongside Matthew, Mark, Luke, and John? I don’t think so. Complete article, here