“Christian morality is being ushered out of American social structures and off the cultural main stage, leaving a vacuum in its place—and the broader culture is attempting to fill the void. New research from Barna reveals growing concern about the moral condition of the nation, even as many American adults admit they are uncertain about how to determine right from wrong. So what do Americans believe? Is truth relative or absolute? And do Christians see truth and morality in radically different ways from the broader public, or are they equally influenced by the growing tide of secularism and religious skepticism? 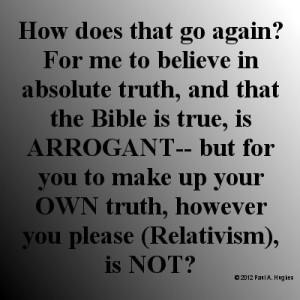 A majority of American adults across age group, ethnicity, gender, socioeconomic status and political ideology expresses concern about the nation’s moral condition—eight in 10 overall (80%). The proportion is closer to nine in 10 among Elders (89%) and Boomers (87%), while about three-quarters of Gen-Xers (75%) and Millennials (74%) report concern. Similarly, practicing Christians (90%) are more likely than adults of no faith (67%) or those who identify with a religious faith other than Christianity (72%) to say they are concerned about the moral condition of the nation. Though measurable differences exist between population segments, moral concern is widespread across the demographic board.”