What is your World-view? Everyone has one—what’s yours? 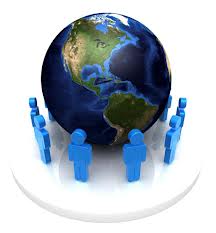 What is a worldview? Simply put, a worldview is a set of beliefs that one holds about the most important issues in life. Our worldview, in a sense, is the lens through which we ultimately look at reality and the world in which we live.

The following are four basic elements and questions that every worldview must answer:

1. Origin—How did I come to be here?
2. Meaning—What gives my life essential meaning?
3. Morality—What is my moral com¬pass?—How do I determine right from wrong?
4. Destiny—What happens to a human being when he or she dies?

Considering the hectic and busy lives that many of us lead, we may rarely, if ever, take the time to stop and reflect on what our worldview is, which can leave one confused, directionless and with a feeling of despondency, which is undesirable by anyone’s standards. To help remedy this situation, let’s take a moment to closely examine the above four questions and see what worldview takes shape, keeping in mind that each answer must be logically consistent and accurately describe reality as it is, as well as speak directly to the human condition.

Let’s start with point #1, origins: When you ask yourself, “What is the relationship between God and the universe?”—what answer comes to mind? Does it lead to other questions, such as, “Is the universe purposeful? Is ultimate reality spiritual or material? Is the universe eternal? Or was it created?” As food for thought regarding the universe’s origin, physicist and cosmologist Alexander Vilenkin has stated, “It is said that an argument is what convinces reasonable men and a proof is what it takes to convince even an unreasonable man. With the proof now in place, cosmologists can no longer hide behind the possibility of a past-eternal universe. There is no escape, they have to face the problem of a cosmic beginning.”1 Big Bang cosmology, along with Einstein’s theory of general relativity, implies that there was indeed a finite beginning of our universe, and with a beginning Bang, there must be a transcendent Big Banger that brought the universe into existence. From nothing, nothing comes, and whatever begins to exist, has to have a cause of its existence.

Now, on to #2, meaning: A few questions to ask oneself are, “Am I just an accidental by-product of nature, a result of matter plus time plus chance, just a random link in the biological evolutionary chain, a collocation of molecules, atoms, H2O, that arose from a primordial ‘soup,’ which has no purpose other than to live out my life to extinction?” Sounds depressing, doesn’t it? Now, let’s flip the coin—“Or am I special—someone who was created to live in relation with other human beings and designed to think and apprehend the universe in which I live, and if so, who or what is that personal transcendent entity that brought me to life, and whose purpose and plan I am here to fulfill?”

On to #3, morality: Some say that morality or ethics are relative or subjective, and that there are no objective moral values or duties. But is that what human history has taught us? Is this a rational philosophy, based on facts, or just the atheistic/humanist/naturalist perspective which is so often touted in university classrooms and the media? Even atheist philosopher Kai Nielson admits that, “Pure practical reason, even with a good knowledge of the facts, will not take you to morality.” Examine the following questions closely and see what answers you come up with. “Are there moral laws that govern human conduct? If so, what are these laws and in what, or whom are they grounded?” (Bearing in mind that laws don’t take form out of thin air or happen by chance.) More food for thought—within atheism/naturalism’s frame of reference, there is an admission that moral reasoning is not rational apart from God, which brings us to the question, “how can a non-moral beginning, through an amoral process, result in moral reasoning?”

And finally, #4, ultimate destiny: I’m referring here to the life that follows a person’s earthly death. Although death is not a popular topic, death is as much a part of life as is being born. Anselm, former Archbishop of Canterbury, once said, “Nothing is more certain than death, nothing more uncertain than the hour of death.”2 Atheists and naturalists, those who disavow the possibility of a spiritual world, and as such, life after death, have no answer to the questions of ultimate destiny—their worldview, simply put, is that everything, including mankind’s destiny, is doomed to end up in the same lifeless, featureless condition of the cold heat-death of the universe. On the atheist/naturalist worldview it ultimately makes no difference who you are or what you do. Your life is inconsequential. Needless to say, such a worldview is not a meaningful or hopeful one. But what about the following questions: “Does physical death end the existence of a human person? Is there conscious, personal survival after death? What world awaits us after we depart from this life? Are there rewards and punishments after death?”

After having contemplated the above questions, it is my hope that your worldview has either been confirmed, or that it has helped in opening the door to deeper reflection of examining and defining your worldview. This brings us to the final question that must be faced and answered, regardless of what worldview you may hold to, and that is, “What about my ultimate destiny? Does my worldview answer this question, and if not, what is the answer?”

After having given study and thought to many of the worldviews that are out there in today’s world, I have found that the Christian worldview, as presented in the Bible, is the one that stands the test and answers each of the four points and questions within the worldview context. The Christian worldview is not just an attempt to make some sense of a small part of reality; biblical Christianity is a worldview that offers the very meaning of life. It explains the greatest questions of humanity, and it deals with the most explored topics of our history: life after death, the origin of the universe, the existence and character of God–the Grand Designer, and the universal conflict between good and evil. All this and more is addressed by the message that is found in the Bible.

I leave you with the following invitation to open your heart and mind to the Christian worldview by asking its Founder to prove himself to you—I speak here of the Creator of the universe and all that is in it—which includes you and me.

“I come before you now, the personal God who created both the heavens and the earth, acknowledging my need for you, my Creator. I acknowledge you, Jesus, as the Way, the Truth and the Life, the one who came to this earth and paid the ransom for my sins through your death and resurrection. I turn to you now, Jesus, and ask for your forgiveness for my wrongdoing, and I invite you into my heart and life, that I may be transformed through your gift of eternal life that you have promised to all those who call upon and receive you. Illuminate my mind and open it to your truth so that I may understand and know you and the reason and purpose for my life. Thank you Jesus, for the gift of eternal life, and for revealing yourself to me.”—to all who received him, to those who believed in his name, he gave the right to become children of God…I stand at the door and knock. If anyone hears my voice and opens the door, I will come in to them.—John 1:12; Rev. 3:20