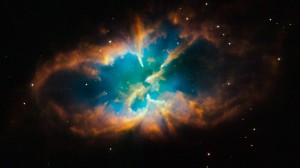 Let’s examine the following statement: “The first thing a Christian needs to know about the evolution controversy is that a large majority of scientists are atheists, most of whom prefer to call themselves humanists….both groups are adamant that God must be excised from the public mind and that evolution is the perfect weapon to do the job. While only a small minority of the population at large, the atheists dominate the scientific community in our schools, universities and government research projects.”

Let us explore this further by looking at a more data specific breakdown of what ideological/philosophical position scientists in the U. S. hold too. The following is a recent study (2010) by sociologist, Wayne E. Baker of the University of Michigan, which is revealing as to the positions which scientists hold in the area of religious affiliation, belief, etc. Baker states, “Do scientists at our nation’s top universities fit the stereotype of anti-religion atheists? A few are hard core atheists, reports Elaine Howard Ecklund in “Science vs. Religion,” but not many. About half identify with an established religious affiliation, claiming an affiliation is one thing, [however] believing in religion is quite another. What do scientists actually believe when it comes to religion? Almost three-quarters say “there are basic truths in many religions.” This compares with just over 80% of Americans who believe the same. About a quarter of elite scientists agree that “there is very little truth in any religion.” Only 4% of the general population feels the same.

Do any scientists believe that one religion has a monopoly on truth? Not many—only 3%. But only 12% of the American people believe so anyway. A glaring difference between elite scientists and other Americans comes when asked about belief in God, Ecklund finds. Almost all Americans believe in God. But only a third of elite scientists believe in some sort of God.
How about religious practice? Just over half of elite scientists say they never attend religious services, compared with 22% of the general public. Roughly equal proportions (about 30%) attend less than once a month. Almost half of all Americans attend religious services once a month or more, compared with 18% of scientists.

The picture that’s emerging from Ecklund’s research shows that the reality is more complex than the simple dichotomy of science versus religion. Yes, scientists are less religious than the general population, but there are also many religious scientists, even a few outspoken evangelicals—like Francis Collins, who headed the prestigious Human Genome Project (1993-2008), and was appointed last year by Obama to head the National Institutes of Health. Collins says he feels no conflict between science and religion…” 2

Two points that stand out in the above article are (1) half of scientists identify with an established religious affiliation…however, believing in a religion is quite another, and (2) almost all Americans believe in [the existence of] God…only a third of elite scientists believe in some sort of God. What these findings show is that affiliation (as the church being the ‘social club’ for some) does not translate into belief—half professing affiliation, only a third believing in “some sort of God.” But what is more striking is the discrepancy of the overall population, almost all professing a belief in God, yet only a third of elite scientists professing belief in “some sort of God.” This means that two-thirds of the elite scientists, an extremely small percentage of the population, are atheists, and as it was earlier stated, “While only a small minority of the population at large, the atheists dominate the scientific community in our schools, universities and government research projects.”

The famous evolutionist, Richard Lewontin had this to say about lying: “Scientists, like others, sometimes tell deliberate lies because they believe that small lies can serve big truths.” “Creation is unscientific and evolution is science.” Variation of this lie abounds in the rhetoric of the evolutionists. Creation by God supports every one of the laws and principles of science cited later. Evolution violates every one of them. Evolutionists are naturalists and insist that the present natural laws of chemistry and physics can explain the origin of the universe in defiance of the present laws. Creationists accept the present laws as valid for present operations and contend that these laws predict a Transcendent Power that used creative processes, not present noncreative processes, to bring about the origin of the universe, life and man.