A Christian Worldview and Today’s Youth 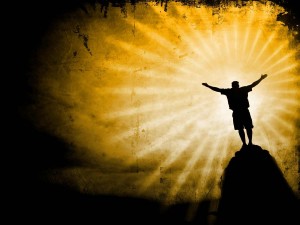 During my studies in the area of Christian apologetics and philosophy, I came across what I consider to be a wonderful tool for grounding youth in a Christian worldview—it is William Lane Craig and Joseph Tang’s course, “The Defense Never Rests.” (See the Store section at: www.reasonablefaith.org to order) The course was put together by Joseph Tang (Australia) for his Sunday school class (ages 8 and above) and is based on Dr. Craig’s work in the area of apologetics, philosophy, arguments for the existence of God, etc.—in other words, preparing youth at an early age to understand and defend the Christian worldview so as to meet the cultural challenges that they will face throughout their life. A Christian worldview has been defined as: “A worldview is like a lens through which you see things, and you’re not really aware of the lens, you’re only aware of the things you see…so it becomes the glasses, the spectacles, the filter through which they’re actually seeing life and the whole universe and the world and human life is understood through that lens… Nobody is without a worldview. The only question is, is it a good one, or a bad one…On the basis of your world view, you make your momentary judgments in life, so everyone has a world view and I think it is the grind that forms the nature of reality for you and the judgments that you make for yourself and others in your life.” (See the following YouTube video-“What Is Worldview?” for a more in depth synopsis of the Christian worldview— http://www.youtube.com/watch?v=Txez9sJUtaE)

I have been working through the course with my 10 year-old grandson and he really enjoys the classes and always looks forward to the next one as they are very intellectually and spiritually stimulating. (I also supplement the classes with YouTube clips of Dr. Craig’s and other prominent philosophers and apologists’ lectures, debates, etc.) From our conversations during the classes, I can tell that there are some gaps in his understanding of theology, as what would be expected at his age, and even some foundational pillars which the course is helping to bridge, build up and fill in. I would highly recommend the course to all parents who have children in the 8-13 age range regardless of their educational milieu—public, private or home schooling. To teach the course effectively, the teacher will need to be familiar with Dr. Craig’s book, “Reasonable Faith,” (also found at: www.reasonablefaith.org) as this is what the course is based on. This is certainly a plus for the parent/teacher as in the course of teaching the child, the parent and/or teacher is also taking the course which will be a strength to them as well. “Reasonable Faith” is a tremendous book and is basically a summary of all that one needs to know regarding Christian apologetics/philosophy.

In the introduction of Dr. Craig’s book, “Reasonable Faith”, he states the following, “In high school and college Christian teenagers are intellectually assaulted with every manner of non-Christian worldview coupled with an overwhelming relativism. If parents are not intellectually engaged with their faith and do not have sound arguments of Christian theism and good answers to their children’s questions, then we are in real danger of losing our youth. It’s no longer enough to teach our children Bible stories; they need doctrine and apologetics.” The goal and purpose of “The Defense Never Rests” course is to get a jump on the ‘intellectual assault’ at an early age, before the child enters the higher grades where the assault intensifies.

Also I was listening to a new podcast from Dr. Craig this morning—”Important International Influences”—and he mentioned something that I thought was very interesting in regards to the organization “Focus on the Family” and how they are now expanding their focus to included apologetics as they see the need for their youth membership to be more equipped in meeting the challenge that secular society, and more specifically, the naturalist, atheist and scientism ideologies that are so prevalent in today’s world. Their new program is called, “True You.” Dr. Craig will be one of the guest apologists that they will be filming for the course. Here’s the blurb from Craig about the program: “They have sensed the need of intellectual engagement with our culture and with worldview thinking, so they are sponsoring projects like this “True You” project…[which is based on] interviews with scholars and address the pertinent issues today in regards to the Christian faith.”

He finished his podcast with this revealing testimony as to how the Christian worldview in the West is waning and the need for Christians to be actively and intellectually engaged in order to have an impact on the society in which they live: “It’s unfortunate when organizations have to be reactive rather than proactive. Recently at our church, I heard a representative from the Southern Baptist Convention talking about statistical analysis of various generations with regard to the Christian faith. What he shared, if we really took it seriously we would be absolutely horrified and in despair. He said, among the baby-boomer generation, about 65% claim to be Christians. In the generation after that, the gen-x generation, he said, that drops to 20 some percent, I forget the exact figures. Then the millenials, the young people today in their early 20’s, it’s about 8%. Now if these statistics are really accurate and hold up, it means that we are literally watching before our very eyes, the de-Christianization of the United States. We will become like Europe in another generation and to me that is just horrifying. It is clear that the churches have not been proactive in commending the faith intellectually to their people. So the incursions of secularism and the new atheism have gone largely unchecked. I think finally people are waking up to the need to give an answer of the hope that is in us. I just pray that it hasn’t come too late.”