The ‘Big Bang’–and the seven days of creation 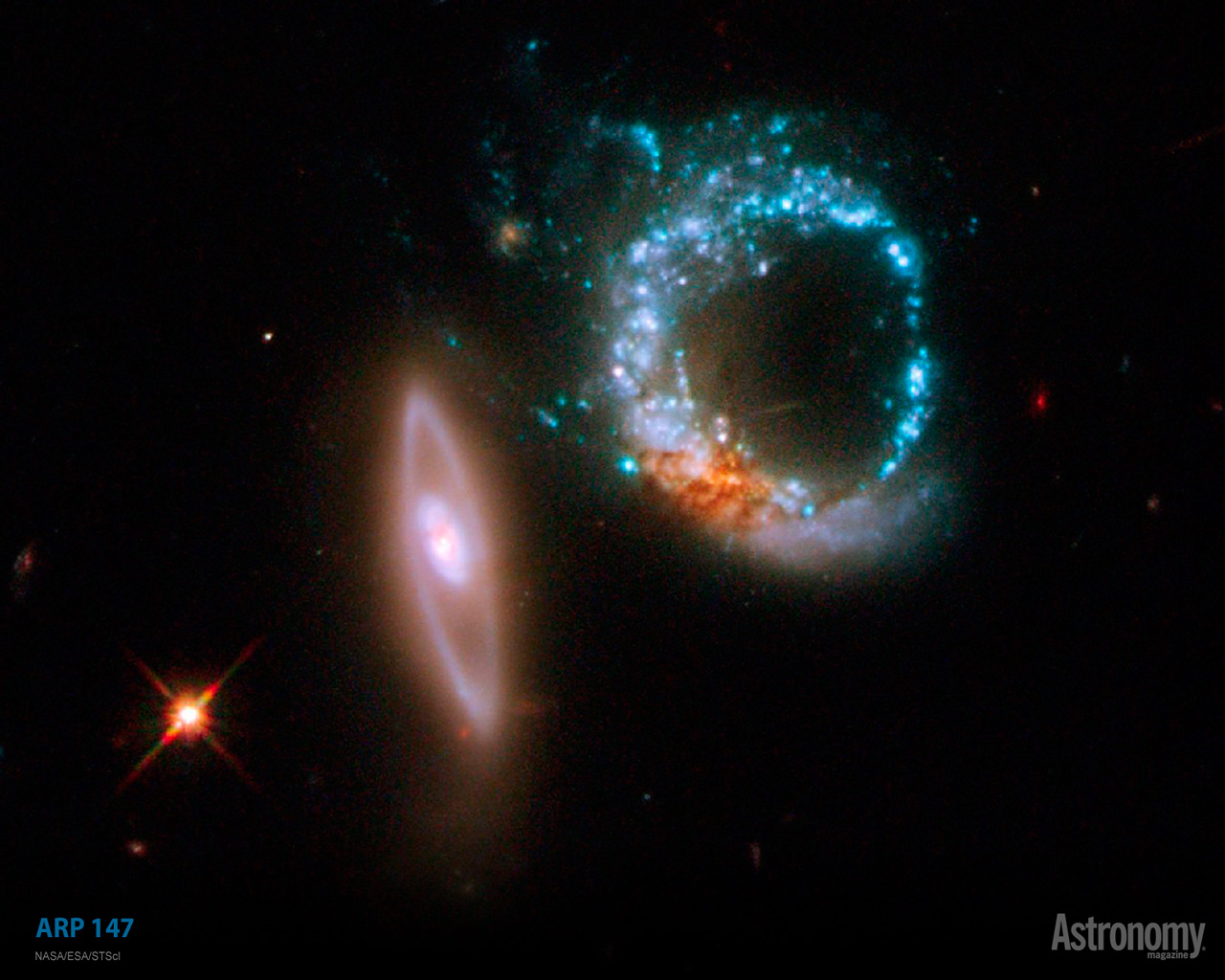 BANG!…well, actually it was quite a bit bigger, louder & hotter than what I can describe here, but we’ll refer to this event as the Big Bang for now. Ok, on to what exactly is the ‘big bang?” Simply put, it is the finite moment in which the universe began to exist, in which space, time, matter & en­ergy were created. According to the prevailing cosmological models that explain our universe, an ineffable explosion, trillions of degrees in temper­ature on any measurement scale, that was infinite­ly dense, created not only fundamental subatomic particles and thus matter and energy, but space and time itself. Cosmologists use the term Big Bang to refer to the theory that the universe was originally extremely hot and dense at some finite time in the past, and has since cooled by expand­ing to the present diluted state–and continues to expand today. The theory is supported by the most comprehensive and accurate explanations from current scientific evidence and observation. According to the best available measurements such as the cosmic microwave background radia­tion & the correlation function of the galaxies, as of 2010, the initial conditions occurred around 13.3 to 13.9 billion years ago.

Now you may be thinking, “Ah, so you’re a Darwinian evolutionist! Anyone who believes that the universe was created in a time frame of more than 6-24 hour days, is an evolutionist and as such, an atheist.” If that is your take on the issue, I understand, as it was also mine at one time. Sad to say, most people have a very black & white perception as to how the universe came into being—I was one of those “black or white” people. However, after a rather long journey of exploration & study of other Creation account models, I found that there was a “middle of the road” Creation model, known in scientific & philosophical circles as the Day-Age/Progressive Creation model, that helped to sync the two accounts of Creation—that which is found in the book of Genesis (Bible) and the “book of nature.” The “book of nature” that I am referring to is that of the Creation itself & the scientific evidence per­taining to the earth & cosmos which is all around us. Believe it or not, these two accounts are not contradictory to one another. In fact, they are perfectly synchronized & in full agreement. As Martin Luther once said, “God writes the Gospel not in the Bible alone, but also on trees, and in the flowers and clouds and stars.”

Before I go any further, I want to make it clear that I am not saying that the Day-Age/Progressive creation model is THE model and is THE way in which God used to bring the universe into existence—we simply don’t have enough knowledge of the creation event to be dogmatic about what creation model is the model. Regarding the issue of dogmatism, Christian apologist Kenneth Samples offers the following perspective—“Christianity’s great­est theologians and biblical scholars, including Augustine, Calvin, and Warfield, expounded a diversity of views concerning the nature and du­ration of the Creation days. From the time of the church fathers, through the Reformation, and up to the present, various views have prevailed, some more broadly represented than others, but none was ever considered the definitive, or the only, or­thodox biblical position.”[1] Christian philosopher/apologist William Lane Craig also cautions, “Genesis 1 is a very subtle piece of literature that is patient to a wide range of in­terpretations. It is simply wrong to dogmatically insist on one interpretation as being the only per­missible Biblical interpretation that you can hold to be a Christian.”[2]

Let’s explore three points that are integral to the Day-Age creation model:

1. “In the beginning, God created the heavens & the earth”—the Big Bang. There is no time period given from the time of the Big Bang in which the Creation of space, time, matter & en­ergy was brought into being, & when God turned His focus to the Creation process on Earth. The traditional interpretation of Genesis 1:1 is that it is describing a specific event, hence, the Big Bang, which is separate from what occurred after God turned His attention to Earth.

2. The Hebrew word most often translated as “day” is yom. It is generally acknowledged that yom can refer to the (roughly) 12-hour period of light during a normal day, to a 24-hour nor­mal day, or to an unspecified period of time. The Hebrew for the phrase “evening and morning” or “evening, and there was morning” has usages not limited to 24-hour days. In fact, there are numer­ous usages in the Bible of this phrase, or variants of it, that refer to continuous processes or activi­ties; hence, the process of Creation. What can be said definitively about “evening and morning and x day” is that it appears to serve as a marker the transition from one yom to the next yom. Nothing in the text precludes other evenings and mornings from occurring between these markers.

The interpretation of the word yom as being a period of time which extends beyond a 24 hour solar day is substantiated in the Genesis account itself, in the summary of the entire Creation ac­count, where it states: “These are the generations of the heavens and of the earth when they were created, in the day that the LORD God made the earth and the heavens.”

3. The number of events of days three & six of the Creation would most certainly have com­prised more than a 24-hour period. The third day indicates a process that would take a year or lon­ger. On this day, God allowed the land to produce vegetation, trees and fruit. The text specifically states that the land produced trees that bore fruit with seed in it—“and God said, “Let the earth bring forth…. Any horticulturist knows that fruit-bearing trees require several years to grow to produce fruit. However, the text states that the land produced these trees (indicating a natural process) and that it all occurred on the third day. Obviously, such a “day” could not have been only 24 hours long.

The events of the sixth day of Creation require time beyond 24 hours. On this day, God created the mammals and mankind. He also planted a garden, watered it, let it grow, and put man in it, giving instructions on its care and maintenance. Then God brought all the animals to Adam to be named. This job, in itself would take many days or weeks. Next, God put Adam to sleep and created Eve. It is very unlikely all of this could take place in 24 hours, considering that Adam, unlike God, was a finite creature with limitations and bound­aries in his nature, and those limitations were present before Adam’s fall. At this point, Adam would need considerable time to reflect upon and process the profound events he experiences—all of which cannot reasonably be reduced to a mat­ter of several hours.

William Lane Craig sums it up in this way, “To conclude that all of these events could hap­pen in a 24-hour period would be like viewing the time-lapse photography of Walt Disney’s Living Desert, not to mention the creation events of the third “day” in which God says, “Let the earth yield tender grass, herb sowing seed, fruit-tree (whose seed [is] in itself) making fruit after its kind, on the earth,”—a time cycle that spans at least a year or more.”

What then is the conclusion of the matter? If you are a Christian, whether your position is that of the Young Earth model, or the Day-Age/Pro­gressive model, it has no bearing on your faith & belief as a Christian. However, if you as a Chris­tian have struggled to reconcile the Young Earth model of the Biblical Creation account with the evidence & discoveries of science, especially con­cerning the time span in which Creation occurred, it is my hope that you may find resolution as I have within this creation model. The two accounts as presented in the Day-Age Progressive creation model, help to sync the two with each other when one applies the interpretation & reasoning stated herein.

And if you are not a Christian, but have found Christianity impossible to embrace because of the seeming contradiction between the Creation ac­count found in the Bible, and that of scientific proofs & discoveries, it may be that you can find reconcilia­tion between the two, & thereby come to an un­derstanding of the reason & purpose of the One Who was the force & power in bringing it all to pass. You say, “But I don’t believe in God, much less that He created the universe, so all this is meaningless to me.” Well, take a moment to re­flect on the following:

1. Whatever begins to exist has a cause of its existence.

2. The universe began to exist.

3. Therefore, the universe has a cause of its existence.[3]

(Note: For a complete explanation and defense of this argument for the existence of God (known as the Kalam cosmological argument), please go to the link in the footnote.)

“The first question which should rightly be asked,” wrote G.W.F. Leibniz, is “Why is there something rather than nothing?”[4] This question does seem to possess a profound existential force, which has been felt by some of mankind’s greatest thinkers. According to Aristotle, philosophy begins with a sense of wonder about the world, and the most profound question a man can ask concerns the origin of the universe.[5] In his biography of Ludwig Wittgenstein, Norman Malcolm reports that Wittgenstein said that he sometimes had a certain experience which could best be described by saying that “when I have it, I wonder at the existence of the world. I am then inclined to use such phrases as ‘How extraordinary that anything should exist!'”[6] Similarly, one contemporary philosopher remarks, “. . . My mind often seems to reel under the immense significance this question has for me. That anything exists at all does seem to me a matter for the deepest awe.” Why does something exist instead of nothing? Leibniz answered this question by arguing that something exists rather than nothing because a necessary being exists which carries within itself its reason for existence and is the sufficient reason for the existence of all contingent being.[7] [8]

As Nobel laureate Arno Penzias stated, “Astronomy [science] leads us to a unique event, a universe which was created out of nothing and delicately balanced to provide exactly the conditions required to support life. In the absence of an absurdly-improbable accident, the observations of modern science seem to sug­gest an underlying, one might say, supernatural plan.”

If you really want to know the Grand Designer & force behind the Big Bang & the universe in which we live, you can come to know Him per­sonally right now by simply connecting to His power through the light & conduit of His power & love for you & all His Creation—Jesus Christ. Here’s the model for submitting your request:

“I humbly come before You, the Grand De­signer of both the heavens & the earth, acknowl­edging my need for You, my Creator. I accept Your Son, Jesus Christ through Whom all things were created and by Whom all things consist—the One Who came to this earth to reconcile me to You, through His death & resurrection. I ask You, Jesus, to open my mind to Your thoughts & Your truth so that I may understand & see Your Creation through Your eyes, & that I may know the reason & purpose for my life. Thank You for the beauties of Your Creation, & the proof of Your existence through Your Creation.”

[3] William Lane Craig, The Existence of God and the Beginning of the Universe, http://www.leaderu.com/truth/3truth11.html

[8] William Lane Craig, The Existence of God and the Beginning of the Universe, http://www.leaderu.com/truth/3truth11.html