Why Is There Something Rather Than Nothing?–Creation ex nihilo 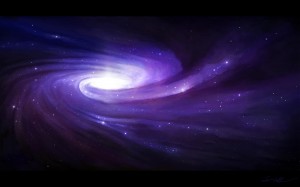 Of late, I have been researching the theological, as well as philosophical premise and/or foundation for creatio ex nihilo, my main resource being the excellent book by Paul Copan and William Lane Craig entitled, Creation Out of Nothing—A Biblical, Philosophical, and Scientific Exploration. (Go to Resource Store to order) Although creation ex nihilo may not seem to fall within the category of arguments for the existence of God, I see it as an important tenant of the Christian faith and one that must be understood if ones Christian worldview is to be founded on a firm foundation that is “steadfast and immovable.” (1 Corinth. 15:58)

As a clarification and defining of creation ex nihilo I once again turn to the book mentioned in the previous paragraph: “So when one describes what creation out of nothing means, we affirm that without God’s initiating creation, only God exists. Upon creation, we have a universe because God willed it into finite, temporal being. Thus, creation out of nothing affirms that the universe is contingent on God, not just in having its (continued) existence in being (ontological dependence) but also in having its temporal origination from nothing preexistent, but simply by the will and world of God (ex nihilo).”

My focus in this brief article is in regards to the early Christian church—referring here to the first, second and third centuries—and that of the early Church fathers understanding and firmly held belief in the biblical tenant of creatio ex nihilo. Sadly, the biblical tenant of creation ex nihilo, has by some, been relegated to a second century formulation by early Christian theologians. As Copan and Craig state, “One German theologian, Gerhard May, in what has become a standard work on the doctrine of creation ex nihilo in early Christian thought, claims that this doctrine is biblically ambiguous and was a late second century formulation by Christian theologians in responding to Middle Platonic and Gnostic ideas. He suggests that the doctrine of creation out of nothing is “not demanded by the test of the Bible.” Unfortunately, May proffers little substantiation for this claim, and many who cite him simply take it on his authority that creation out of nothing is “not demanded by the text of the Bible”…his comment is regrettable and misleading. James Noel Hubler (following May’s work at many points) declares that creation ex nihilo not only “appeared suddenly in the latter half of the second century CE” but also “lacked precedent”: This doctrine was “an innovation in the interpretive traditions of revelation and cannot be explained merely as a continuation of tradition.” This, we shall see, is not simply overstated; it is plainly false.”[1]

During my recent study time, I have been working my way through the book, The Early Christians in Their Own Words, by Eberhard Arnold. I was struck by the fact that almost every early church writer was a proponent of creation ex nihilo. I am including here a few of the excerpts from this book to emphasize the prominence that the early Christians place on God’s sovereignty and omnipotence.

It is the Christians, O emperor, who have sought and found the truth. We have realized it from their writings; they are closer to the truth and to a right understanding than all the other peoples, for they acknowledge God. They believe in him, the creator and builder of the universe, in whom all things are and from whom everything comes. Aristides, Apology 15,16; ca. A.D. 137.

When we are together, we remind one another of these things, and help all who suffer want the best we can, and keep together in harmony. We praise the creator of the universe through His Son Jesus Christ, and through the Holy Spirit for everything we receive.—Justin, First Apology, 67

It is the Christians, O emperor, who have sought and found the truth. We have realized it from their writings; they are closer to the truth and to a right understanding than all the other peoples, for they acknowledge God. They believe in him, the creator and builder of the universe, in whom all things are and from whom everything comes.—Aristides, Apology 15, 16; ca, AD 137

There is one rule of faith: this is the belief [testified to in the following]. There is one and absolutely only one God and no other than the creator of the universe, who, through his own Word sent down before all other things, brought into being everything out of nothing…We believe as we have always done – and even more now since we have been better instructed by the representative advocate, who truly leads men into all truth – we believe that there is only one true God, namely in that administration of his household which we call “economy,” that there is only one son of the one and only God, who is his own Word, who proceeded from him, through whom everything was made and without whom nothing was made…–Tertullian, On Shows 4; The Prescriptions of Heretics 20, 13; against Praxeus 2; Concerning the Veiling of Virgins 1

We think of God the creator of all things as being far above all that is corruptible. Justin, First Apology 20.

I have shown sufficiently that we are not atheists, for ours is the one God, uncreated and eternal, invisible, immutable, incomprehensible, inconceivable, to be grasped only by the mind and by reason, surrounded by light and beauty, by Spirit and power to an ineffable degree: he by whose word the universe was created, was set in order, and is ruled.–Athenagoras, A Plea Regarding Christians 10.

We think of God the creator of all things as being far above all that is corruptible. Justin, First Apology 20.

Is it right, I ask, to charge us with atheism, we who clearly distinguish God from matter and prove that matter is something quite different from God and that there is a tremendous distance between them? We show that the divine being is uncreated and eternal, to be grasped only by mind and spirit. Matter on the other hand is created and corruptible. Athenagoras, A Plea Regarding Christians 4.

The sacrifice most pleasing to him is that we try to recognize who stretched out and vaulted the heavens and set the earth as the center, who gathered the water into seas and separated light from darkness, who adorned the ether with stars and made the earth bring forth all manner of seed, who called the animals into being and created man. If we follow God as the molder who holds all things together and watches over all things with that same wisdom and skill with which he governs the universe, and if we lift up holy hands to him, what need does he have then of ritual sacrifices?

Beautiful indeed is the world, glorious in its magnitude, in the arrangement of the stars, both in the zodiac and around the constellation of the Great Dipper and in its form as a sphere. Yet the world for these reasons does not deserve to be worshipped; rather does its sublime artificer…God himself is everything: unapproachable light! Perfect beauty! Spirit! Power! Word! If the world were a well-tuned instrument played in rhythm, I would not worship the instrument but him who made it and tuned it, who strikes the notes and sings the song that fits the melody. God is the perfect good and eternally does only good. Athenagoras, A Plea Regarding Christians 13, 16.