“He has put eternity into man’s heart…”–Ecc. 3:11; Let the conversation begin

by Lane
argument from design, creation, eternity in their hearts, Lifeway Research
0 Comment 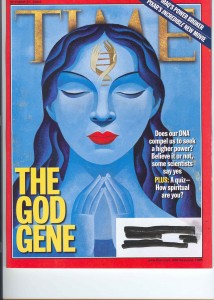 In a recent survey, conducted by LifeWay Research, a rather surprising result came to the fore—[72% of Americans overall] 46 percent of nones and/or non-religious— agree that: “Since the universe has organization, I think there is a creator who designed it.” Interesting result considering that Darwinian evolution/naturalism is the only ‘game in town’ being taught within the vast majority of nations educational systems. It seems that regardless of the degree of suppression that is applied, God’s revelation via his creation continues to manifest itself, even in the minds of the non-religious. As British astrophysicist, Paul Davies has stated, “There is for me powerful evidence that there is something going on behind it all….It seems as though somebody has fine-tuned nature’s numbers to make the universe….The impression of design is overwhelming.” (More on the teleological argument for the existence of God, here)

Another surprise was that: [79 percent overall] 43 percent of nones and/or non-religious say they agree that “The fact that we exist means someone created us.” Again, we find the inner awareness and need for relationship with a personal transcendent Creator. C. S. Lewis once said that, “The relationship between God and man is more private and intimate than any possible relation between two fellow creatures.”

Even the moral argument for God’s existence made a reasonable showing with [66 percent overall] and 33 percent of nones and/or non-religious agreeing that “Since people have morality, I think there is a creator who defines morality.” The dip here can easily be traced to the relativism that has permeated the societies of the world, and particularly that of Western culture. The ‘true for you, but not for me…all paths lead to God’ ideology has so eroded objective truth and moral values, that one is hard pressed to find even a kernel of such within society today.

Blaise Pascal said it well, “Truth is so obscured nowadays and lies [are] so well established that unless we love the truth we shall never recognize it.” And he was living in the 17th century—how much more is this true of the world today. Stephen McAndrew gives the reason as to why many people do not hold to objective truth and moral values, “The reason many are loathe to acknowledge the possibility of absolute truth is not simply because they do not wish to accept the possibility of the existence of an all-powerful, all-knowing deity. It is because they do not want to accept the consequences that follow from the existence of an all-powerful, all-knowing deity as the source of absolute moral truth.” 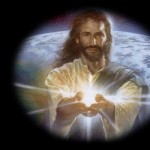 I found the LifeWay survey of particular interest as it is a confirmation of that which John stated in his Gospel, “In him (Jesus/Logos) was life, and that life was the light of all mankind.” (John 1:4 NIV) All persons are endowed by God with a certain degree of light by God as their Creator, having been created in His image. (Gen. 1:26, 27), hence the aptitude and perception of a large percentage of even the non-religious to acknowledge design and/or a Designer of the universe, a connection with a personal Creator, and that Creator being the grounding for objective moral values and truth. Solomon wisely wrote, “He has made everything beautiful in its time. He has also set eternity in the human heart; yet no one can fathom what God has done from beginning to end.” (Ecc. 3:11) God has placed eternity, that is, a sense that life continues beyond this present existence, into man’s heart, yet so that he cannot find out what God has done from the beginning to the end. The word “find,” or “find out” (Hb. matsa’) has the sense of “figure out, comprehend by study” in this verse and other places in the book (7:14, 24, 26, 27, 28, 29; 8:17). The Preacher thus realizes that both his desire to understand all of life, as well as the limitations on his ability to do so, have been ordained by God. [1]

Paul’s speaks to this desire within mankind to know and find God and how that desire is God given, “And he made from one man every nation of mankind to live on all the face of the earth, having determined allotted periods and the boundaries of their dwelling place, that they should seek God, and perhaps feel their way toward him and find him. Yet he is actually not far from each one of us…” (Acts 17:26-27 ESV)

The LifeWay survey also highlights what the apostle Paul so aptly stated in the first century A.D. in his letter to the church in Rome. He states that all persons have the light of God’s revelation via His creation. God has given everyone the opportunity of observing and concluding two things about Himself: His wisdom and power. As per the survey results, we can conclude that a sizeable percentage of persons, conclude that Someone wise, as well as personal, must have put the natural world together, and He must be very powerful.

So how should these survey results impact today’s follower of Christ, the One that we profess to be, “the Way, the Truth and the Life?” (John 14:6) Ed Stetzer offers the following challenge in light of the survey results:

“…nonreligious people believe the same at a surprisingly high rate. This points to the possibility of a lot of conversations — if Christians would just have those conversations — telling people about the Creator that they see in creation….“Christians love evangelism, as long as someone else is doing it. So, the openness is there. The question is if the conversation will be started.”

For complete article, Religious or not, many Americans see a creator’s hand, by Cathy Lynn Grossman, here

More on being the “salt and light” of the world, here and here