There were two subsequent conversions of persons who were witnesses to the risen Jesus—these two people being Paul, the avowed enemy of the followers of Christ, and James the skeptic, the brother of Jesus. These two examples of the criteria of enemy/skeptic attestation are compelling and difficult for the opponent to refute as it moves outside of the testimony of Jesus’ disciples and/or His ‘apologists’ if you will, and places the burden of proof on the opponent to explain how a skeptic and an avowed enemy could experience such a change in views unless it was through an experiential event.

Certainly a fable or nice story would not have convinced Paul that Jesus had risen from the dead. Indeed, in light of his hostile attitude and actions toward Christians, as well as his own Jewish studies, he most likely would have perceived the gospel to be a poor Christian attempt to imitate Jewish fables that later came to be known as Midrash. As an educated man, Paul would most assuredly been familiar with non-historical genre. It would not have lured him to follow the man he considered to be a false messiah who was cursed by God. He would have feared such apostasy from true faith, for it would jeopardize his soul.

It is important to note that Paul came to Christ through an experience in which he thought [and believed] he encountered the risen Jesus, an account that dates very early. We need reasons for his conversion from unbelief, since his conversion was based on a personal appearance of Jesus and counts very heavily against embellishment, with the same applying to James. All things considered, an empty tomb by itself would not have convinced Paul or the skeptic James, both of whom appear to have been convinced by an appearance of the risen Jesus to them personally. It must be noted that it was the appearances that led to the disciples’ belief that Jesus had risen from the dead, not that of the empty tomb, with the exception of John. (John 20:8)

Another criticism offered by skeptics is that all we have are the testimonies of Christians, who most likely transferred their personal biases and traditions into their writings. Therefore, these writings must be considered biased. Thus, we must suspect that they do not accurately report what really occurred. This objection is plagued with several difficulties.

First, Paul’s testimony is stronger than that of a neutral witness of the risen Jesus, since his bias ran in the opposite direction. He was certainly not sympathetic to the Christian cause. Rather he viewed Jesus as a false Christ and severely persecuted his followers. The skeptic may reply, “Yes, but after he became a Christian, he lost his standing as an unbiased source.”

Granted, Paul did lose his status as a hostile source after he became a Christian, however, he maintained 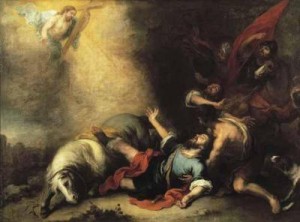 hostility toward Christianity right up to the time he believed. So we still have an appearance of the risen Jesus as the reason for the belief of a hostile source. With one who persists in asserting that Christians still lack the testimony of someone who saw Jesus risen and did not convert, we might ask, “If someone actually witnessed the risen Jesus and was not changed by the experience, wouldn’t this indicate that the person was too biased against Jesus to act on the facts? Biases go both ways.” We would question the testimony of a person who really saw the raised Jesus and still rejected him.

Secondly, the biases of James the brother of Jesus also ran contrary to Christianity. The Gospels report that he was an unbeliever during the life of Jesus. Later we find reports of the risen Jesus appearing to James (1 Cor. 15:7a) and of his death for his belief that Jesus was the risen Messiah. So with testimonies in our hands from the disciples Paul and James, we have examples of friends and foes who believed that the risen Jesus had appeared to them.

Third, recognizing the bias of an author does not automatically merit the conclusion that he or she has distorted the facts.

Fourth, if we reject the testimony of all interested parties, we will have to reject most of our standard historical sources. The authors of such works often would not be writing unless they had a personal interest.
It is the role of the historian to comb through the literature and attempt to see pas the writer’s persona biases to ascertain what really happened.

Fifth, the skeptic must be careful not to commit the genetic fallacy. We must recognize the difference between understanding why something is true versus understanding why something is believed or how one came to believe that it is true. N. T. Wright comments, ”It must be asserted most strongly that to discover that a particular writer has a ‘bias’ tells us nothing whatever about the value of the information he or she presents. It merely bids us be aware of the bias (and of our own, for that matter), and to assess the material according to as many sources as we can.”

This logical reasoning applies to the resurrection of Jesus. X is the proposition that the disciples of Jesus sincerely believed that he rose from the dead and appeared to them. Let’s say that there are only fine initially plausible explanations that account for these claims on the part of the disciples:

Explanation 1: Jesus rose from the dead.
Explanation 2: Fraud was involved on the part of the disciples.
Explanation 3: The disciples sincerely believe they saw the risen Jesus, but were hallucinating or delusional.
Explanation 4: Jesus never really died, so when he appeared to his disciples they thought he had risen from the dead, when he had really only revived from a coma.
Explanation 5: The entire story was a legend that developed over time. 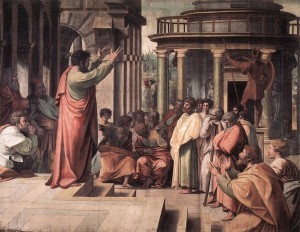 Now consider the additional factors of the empty tomb and the conversions of the church persecutor Paul and the skeptic James because they both believed that the raised Jesus had appeared to them. These provide evidence that explanation 1 is true. One might speculate that explanation 2 (that the disciples stole the body and were lying about the appearances) may also account for the empty tomb. But it does not adequately account for the disciple’ transformed lives and willingness to die, nor does it adequately explain the appearances of the risen Jesus to the skeptics Paul and James.[1]

In regards to enemy attestation—even though such attestation may be considered ‘indirect’—the empty tomb is attested not only by Christian sources, but admitted too by Jesus’ enemies as well. This is not an argument from silence, but rather than point to an occupied tomb, early critics accused Jesus’ disciples of stealing the body. (Matt. 28:12-13; Justin Martyr, Trypho 108; Tertullian, De Spectaculis 30). The earliest Jewish claim reported regarding Jesus’ resurrection was to accuse the disciples of stealing the body, and indirect admission that the body was unavailable for public display. This is the only early opposing theory we know of that was offered by Jesus’ enemies.

This enemy ‘attestation’ to the empty tomb, among other historical aspects of Jesus’ life, is also found in later medieval Jewish writings. One example is that of the Toledot Yeshu (1000AD), a medieval Jewish retelling of the life of Jesus. The following is a portion of the text which is extremely anti-Christian. There are many versions of these ‘retellings’, and as part of the transmitted oral and written tradition of the Jews, we can presume their original place in antiquity, dating back to the time of Jesus’ first appearance as an influential leader who was drawing Jews away from their faith in the Law. The Toledot Yeshu contains a determined effort to explain away the miracles of Jesus, and to deny the virgin birth, Jesus’ resurrection, etc. In some places, the text is quite vicious, but it does confirm many elements of the New Testament writings. Let’s take a look at a portion of the text (Jesus is refered to as ‘Yehoshua’):

In spite of the fact that the ancient Jews who wrote this did their best to argue for another interpretation of the life of Jesus, they did make several claims here about Jesus. This passage, along with several others from the Toledot tradition, confirms that:

If Jesus’ enemies attested to the same events of that of the Gospel, even though via that of attempted refutation, the case is made as to the events that took place in the life of the historical Jesus—the Christ which is found and attested too in the canonical Gospels.[2]

Is enemy attestation an indicator of an empty tomb?–William Lane Craig