As a Christian case-maker, we need to be able to ‘level the playing field’ when challenges to the Christian worldview are presented. We can do this by placing the burden of proof where it belongs, which is on the party making a truth claim. The burden of proof is commonly defined as: the person who asserts a proposition and/or truth claim, has the burden to defend it by reason or evidence. In other words, the person who asserts the proposition must prove it to be true. It is then and only then that the other person need respond to the substantiated claim with either counter-evidence or a counterargument. This is known as the burden of the rejoinder. In other words, the party who makes the assertion/truth claim is responsible to prove it. Until they do, you as the opposing party are not responsible to disprove what is unproven. The onus is not on you to go about disproving unsubstantiated claims. The burden of proof must be held in balance when two opposing worldviews are being discussed or debated.

Alan Shlemon offers the following instruction on how we, as Christian case-makers, can avoid being placed in a position of being the sole bearers of the burden of proof, and as such, put ourselves on an equal footing with those in whom we are engaged in conversation, discussion or debate:

“Here’s the scenario. You’re having a conversation with a friend. They offer a critique or objection to your faith. Instead of them backing up their critique with evidence or reasons, you begin a defensive discourse explaining why their objection is not accurate. And now you’ve done it – you’ve just given someone a free ride.

The problem of free rides can be resolved with a simple, yet powerful concept known as the burden of proof rule. The burden of proof is the responsibility one has to defend their belief, opinion, or view. The rule goes like this: The person that makes the claim bears the burden. In other words, if someone offers a critique, it’s their job to defend their view, not your job to defend against it.

Too often I see Christians bear the burden of proof when they’re not supposed to. This keeps the Christian in the hot seat as they hopelessly try to respond to every crazy objection and story someone can spin. They neglect holding the other person responsible to defend their view. It’s time to stop giving free rides and begin enforcing the burden of proof rule.

For example, a friend might tell you they think all religions are the same. They’ve made the claim so it’s their job to back it up. Ask, “How did you come to that conclusion?” or something akin to that. Then sit back and listen to them defend their view. It’s their job. This is not only a good tactic, it’s also the next proper step in the conversation.” (For complete article, here) 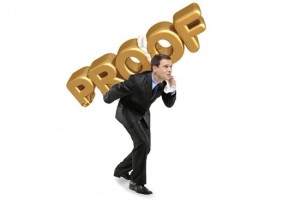 Paul Copan in his article, The Presumptuousness of Atheism, summarizes the dynamics behind the burden of proof in relation to the theist/atheist debates, but which can also be applied to debates on any topic or question in which the Christian faith/worldview is being challenged. Copan states:

“Atheist Antony Flew has said that the “onus of proof must lie upon the theist.” Unless compelling reasons for God’s existence can be given, there is the “presumption of atheism.”… However, the presumption of atheism actually turns out to be presumptuousness. The Christian must remember that the atheist also shares the burden of proof, which I will attempt to demonstrate below.

First, even if the theist could not muster good arguments for God’s existence, atheism still would not be shown to be true. The outspoken atheist Kai Nielsen recognizes this: “To show that an argument is invalid or unsound is not to show that the conclusion of the argument is false….All the proofs of God’s existence may fail, but it still may be the case that God exists.” 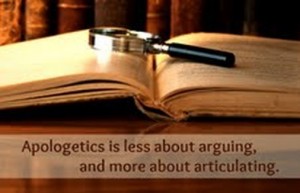 Fourth, to place belief in Santa Claus or mermaids and belief in God on the same level is mistaken. The issue is not that we have no good evidence for these mythical entities; rather, we have strong evidence that they do not exist. Absence of evidence is not at all the same as evidence of absence, which some atheists fail to see. Moreover, the theist can muster credible reasons for belief in God. For example, one can argue that the contingency of the universe — in light of Big Bang cosmology, the expanding universe, and the second law of thermodynamics (which implies that the universe has been “wound up” and will eventually die a heat death) — demonstrates that the cosmos has not always been here. It could not have popped into existence uncaused, out of absolutely nothing, because we know that whatever begins to exist has a cause. A powerful First Cause like the God of theism plausibly answers the question of the universe’s origin…The existence of objective morality provides further evidence for belief in God…These and other reasons demonstrate that the believer is being quite rational — not presumptuous — in embracing belief in God.” [1]

The Burden of Proof on Atheists concerning Evil, Suffering, and God–William Lane Craig
Far too often atheists feel they carry no burden of proof concerning God’s existence and moral evil in the world. However, if they feel that evil and suffering is incompatible with God’s existence, they NECESSARILY must give proof for that. Atheists love putting theists on the defensive concerning questions of God, but this time they can’t do that. Let’s face it, many atheists are just too scared to get cornered with hard questions. They would rather redefine atheism and put the full burden on the theist.