In his classic masterpiece, The Screwtape Letters, C. S. Lewis brings to life an aspect of the Christian worldview which is even more applicable to today’s culture, than it was in Lewis’ day. Lewis wrote the Letters in 1941 with the goal of providing a series of lessons to the Christians of his day as to the importance of applying their Christian faith on a daily and active basis. In the Letters, Lewis portrays a typical human life, with all its temptations and failings, seen from two devils’ viewpoints, which makes it an illuminating expose on the spiritual warfare that all persons face. Whether Christian or non-Christian, we are all subject to the influences of the ‘dark-side.’

I am including here an illuminating excerpt from The Screwtape Letters, which I see as particularly applicable to the techno-immersed age in which we live. The role and influence that modern technology, via the internet, Smartphone, IPhone, Xbox, etc., plays in our lives should not be underestimated. (For more on this topic, here)

I note what you say about guiding our patient’s reading and taking care that he sees a good deal of his materialist friend. But are you not being a trifle naïf? It sounds as if you supposed that argument was the way to keep him out of the Enemy’s clutches. That might have been so if he had lived a few centuries earlier. At that time the humans still knew pretty well when a thing was proved and when it was not; and if it was proved they really believed it. They still connected thinking with doing and were prepared to alter their way of life as the result of a chain of reasoning. But what with the weekly press and other such weapons we have largely altered that. Your man has been accustomed, ever since he was a boy, to have a dozen incompatible philosophies dancing about together inside his head. He doesn’t think of doctrines as primarily “true” or “false”, but as “academic” or “practical”, “outworn” or “contemporary”, “conventional” or “ruthless”…Don’t waste time trying to make him think that materialism is true! Make him think it is strong, or stark, or courageous—that it is the philosophy of the future. That’s the sort of thing he cares about.

The trouble about argument is that it moves the whole struggle onto the Enemy’s own ground. He can argue too; whereas in really practical propaganda of the kind I am suggesting He has been shown for centuries to be greatly the inferior of Our Father Below. By the very act of arguing, you awake the patient’s reason; and once it is awake, who can foresee the result? Even if a particular train of thought can be twisted so as to end in our favor, you will find that you have been strengthening in your patient the fatal habit of attending to universal issues and withdrawing his attention from the stream of immediate sense experiences. Your business is to fix his attention on the stream. Teach him to call it “real life” and don’t let him ask what he means by “real”. 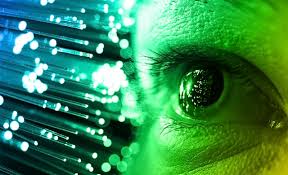 After reading the above, a few questions come to mind:

Is my attention so fixed on the mind numbing ‘stream’ of sensual input I receive through my technology that I am no longer living ‘in the present,’ and as such, unaware of my immediate surroundings and the people around me? If so, I am either consciously or unconsciously allowing this input to alter my life in a detrimental way. Is this what I want?

Am I allowing my technology to control me? Am I being ‘taught what real life’ is through this steady ‘stream’ of input, so that I don’t even bother to question or ask what ‘real’ is or isn’t?

Have I grown accustomed to having a dozen incompatible, contradictory philosophies dancing about together inside my head? Could this be the result of not taking the time to pause and think, research and make an informed decision as to, ‘what is true and what is false?’ Do I even believe that there are ideas/worldviews that are actually true, and others that are false? In other words, do I believe that there is such a thing as objective truth?

Am I seeing only ‘with the eye,’ and not through the eye,’ as William Blake so aptly put it:

“This life’s dim windows of the soul
Distorts the heavens from pole to pole
And leads you to believe a lie
When you see with, not through, the eye.” 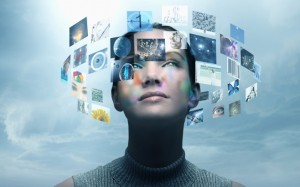 Malcolm Muggeridge states, “The media in general, and TV [and now the internet/IPhones] in particular, are incomparably the greatest single influence in our society. This influence is, in my opinion, largely exerted irresponsibly, arbitrarily, and without reference to any moral or intellectual, still less spiritual guidelines whatsoever.” As both these men have highlighted, it isn’t just the distraction aspect, or the time wasting aspect, or the antisocial effect that is at issue here—it is the worldview construct that is formed through the input received.

The apostle Paul gave the following instruction and warning of the spiritual warfare when addressing the church in Ephesus, “Finally, be strong in the Lord and in the strength of his might. Put on the whole armor of God, that you may be able to stand against the schemes of the devil. For we do not wrestle against flesh and blood, but against the rulers, against the authorities, against the cosmic powers over this present darkness, against the spiritual forces of evil in the heavenly places.” (Ephesians 6:10-12) As Christians, the foundation on which “we live and move and have our being,” is “the God who made the world and everything in it, being Lord of heaven and earth…who has fixed a day on which he will judge the world in righteousness by a man whom he has appointed; and of this he has given assurance to all by raising him from the dead.” (Acts 17:24, 31) The ‘man’ is none other than the God-man of the New Testament, Jesus of Nazareth. In the Gospel of John, John refers to Jesus as the Logos. In Greek philosophy the term ‘logos’ was an impersonal, but yet, rational ordering principle of the universe. The Logos is what made sense out of the universe. But John does not use Logos in just this way as he radically alters the use of the word while still maintaining some of the inherent meaning it would have for his readers. The Logos of John is personal and is not just an ordering principle as the Greek philosophers claimed. This personification of the Logos in Jesus of Nazareth is to all those who receive Him, “the Way, the Truth and the Life.” (John 14:6) Knowing the Source of all truth is vital if we are too successfully navigate the techno-obsessive, pluralistic, materialistic, and relativistic world in which we live. The Navigator is “actually not far from each one of us,” and waits for us to simply open our mind and heart to Him, the “Way, the Truth and the Life.” (Acts 17:27; John 14:6) He can start navigating your life right now via the following request:

“I come before you now, the personal God who created both the heavens and the earth, acknowledging my need for you, my Cre­ator. I acknowledge you, Jesus, as the Way, the Truth and the Life, the one who came to this earth and paid the ransom for my sins through your death and resurrection. I turn to you now, Jesus, and ask for your forgiveness for my wrongdoing, and I invite you into my heart and life, that I may be transformed through your gift of eternal life that you have promised to all those who call upon and receive you. Illuminate my mind and open it to your truth so that I may understand and know you and the reason and purpose for my life. Thank you Jesus, for the gift of eternal life, and for reveal­ing yourself to me.”—to all who received him, to those who believed in his name, he gave the right to become children of God…I stand at the door and knock. If anyone hears my voice and opens the door, I will come in to them.—John 1:12; Rev. 3:20

As Oxford mathematician and Christian apologist, John Lennox once said, “Christ accepted me unconditionally and I did the same.” Won’t you do the same?