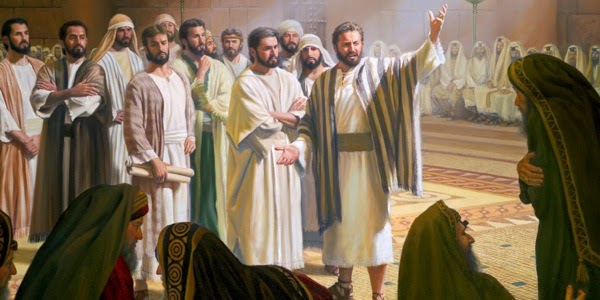 For those unfamiliar with this puzzle piece, the Jerusalem factor is as follows:

As one can see, the evidence is quite strong when the investigation is focused on the location in which the events took place. This of course has not hindered critics from formulating opposing theories to account for the known data. Such theories are known as naturalistic explanations, because they appeal to a natural cause for the event rather than a supernatural one. Such theories ‘came into their own’ during the 19th century, but were soundly refuted by neoorthodox scholar Karl Barth[3] and moderate New Testament scholar, Raymond Brown.[4] Still, Christianity’s critics continue to revive such theories, often times because they are ignorant of the fact that they have all been refuted.

I will highlight just one such theory as it is directly related to that of the empty tomb and Jesus’ body, and that is that “the disciples stole the body, and then lied about doing so.” Although this naturalistic explanation attempts to account for the empty tomb and the resurrection appearances, it does not account for the transformed lives of the apostles and others to whom Christ appeared, even that of 500 persons at one time. (1 Cor. 15:3-8) The transformation of the disciples and early followers was so radical, that they ‘morphed’ from doubtful, scared and confused people, into individuals that were willing to endure imprisonment, sufferings, and even martyrdom for what they had seen, heard and touched—the resurrected Jesus. (1 John 1:1-3)

“Skeptics many times respond that people often convert to other faiths and even die for those faiths, so this proves nothing. One need only think of the devotion of Islamic terrorists. But this misses the point. It is not being argued that the sincerity of the apostles proves that Jesus rose from the dead. The point is that their sincerity to the point of martyrdom indicates that they were not intentionally lying…the strong and abiding conviction of the disciples that the risen Jesus had appeared to them, shown in their willingness to suffer continuously and even die for these beliefs, speaks strongly against lies and theft of Jesus body on their part. Moreover, the skeptics Paul and James would have been looking for fraud on the part of the disciples. For these reasons and others, only a small number of critical scholars have opted for this view during the last 200 years.”[5] As has been said, “Liars make poor martyrs.”

Two points that must be kept at the forefront of the dynamics surrounding the empty tomb and Jesus’ resurrection appearances are:

One other point that is of particular interest is that of Matthews’ account of the Sanhedrin’s financed ‘stolen body’ story that they promoted at the time of the empty tomb discovery. As reported in Matt. 28:11 15, it would seem that this saying/story was still being told and in circulation when the gospel was written, probably between 70-85 A.D. This, along with Justin Martyr writing about 150 A.D., states that the Jewish leaders had even sent specially trained men around the Mediterranean, even to Rome, to further this teaching, which is confirmed by Tertullian about 200 A.D. The idea that the tomb was empty because the body was moved or stolen was common in early church history, as witnessed by other sources. Both the Gospels and extra-biblical sources attest to the empty tomb, and the lack of a ‘shred’ of evidence to the contrary, establishes it as an historical fact, with the transformed lives of the disciples confirming the resurrection of the Christ.

[1] Gary Habermas, The Case for the Resurrection of Jesus, pg. 70