When dealing with the seeming dichotomy of ‘faith vs reason,’ William Lane Craig gave the following definition of faith—“Faith is not an epistemological category. It is not a way of knowing something. Faith is a way of trusting something. Faith is trusting in that which you have good reason to believe is true. Once you have come to believe that something is true, using reliable epistemological means, you can then place your faith or trust in those things.”

It has been said that the Christian faith stands or falls on history—either God has acted in history, by entering our space-time continuum, or he has not. Either he “created the world and everything in it,” or he did not. Either “he has fixed a day on which he will judge the world in righteousness by a man whom he has appointed; and of this he has given assurance to all by raising him from the dead,” (Acts 17:22-31) or he has not—and here is where the Christian must place their faith, or better said, their trust in that which they have good reason to believe is true—God acting in the history of the world in which he has placed us.

Craig L. Blomberg offers an illuminating explanation on this topic in the following excerpt from his book, The Historical Reliability of the Gospels:

People may of course act inconsistently and choose to believe in God or Jesus in spite of seemingly inadequate historical evidence. But this behavior is by definition irrational, and actually sub-Christian, since Christianity is based on the concept of God acting in history. Despite the oft-quoted verse ‘we walk by faith and not by sight’ (2 Cor. 5:7), Christianity does not require a ‘leap in the dark’ or a sacrifice of the intellect. Paul is quoted entirely out of context when this verse is treated as a rationale for believing without evidence (cf. 1 Cor.15:3-8). Biblical faith is fundamentally commitment to a God who has intervened in the history of humanity in a way that exposes his activity to historical study. Christians may not be able to prove beyond a shadow of a doubt that the Gospels are historically accurate, but they must attempt to show that there is a strong likelihood of their historicity.

I realize that the above quotation may be somewhat unsettling, especially the last sentence, but there is no reason for such a reaction. Paul Copan offers the following clarification as to how we should view the historicity of Christian truth claims—“being less than 100% certain doesn’t mean we can’t truly know. We can have highly plausible or probable knowledge, even if it’s not 100% certain. We can know confidently and truly, even if not absolutely or exhaustively.”  So when evaluating the events in which God acted in history, we must use the proper historical criteria, which, when applied, brings us to a strong probability, even though not 100% certainty. N. T. Wright gives the proper perspective on evaluating historical evidence as per the difference between scientific proof and historical proof—“science studies the repeatable, while history studies the unrepeatable.” Since ancient events dealing with human history and claims cannot be observed or repeated, we must look at the evidence differently. (For more on historical criteria see the section—Historicity of the Resurrection.)

In relation to the foundation of the Christian faith, that of God acting in history by raising Jesus from the dead, one must not despair that Jesus’ resurrection cannot be established with absolute historical certainty. All worldviews share the same challenge, but the difference in the proving and proof of Jesus’ resurrection is that the evidence for its establishment as an historical event, is not only strong, but exceeds all other historical events that have occurred in antiquity. So when a Christian is witnessing their faith, they can know that they are standing on the far end of the historical criteria of ‘very certain’ of the historicity of the resurrection event, and in presenting the evidence, can affirm that Jesus Christ indeed rose from the dead as the Bible teaches. As N. T. Wright affirms, “The historical datum now before us is a widely held, consistently shaped and highly influential belief: that Jesus of Nazareth was bodily raised from the dead. This belief was held by virtually all the early Christians for whom we have evidence. It was at the center of their characteristic praxis, narrative, symbol and belief; it was the basis of their recognition of Jesus as Messiah, and lord, their insistence that the creator God had inaugurated the long awaited new age, and above all their hope for their own future bodily resurrection…” 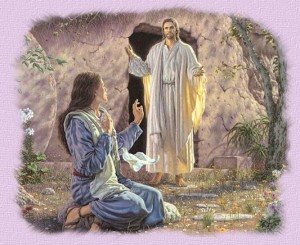 May the Lord Jesus lead and guide you as you continue your study and preparation so you may “make a defense to anyone who asks you for a reason for the hope that is in you; yet do it with gentleness and respect…” (1 Pet. 3:15)

“Indeed taking all the evidence together, it is not too much to say that there is no single historic incident better or more variously supported than the Resurrection of Christ. Nothing but the antecedent assumption that it must be false could have suggested the idea of deficiency in the proof of it.”― Brooke Foss Westcott—(12 January 1825 – 27 July 1901) was a British bishop, Biblical scholar and theologian, serving as Bishop of Durham from 1890 until his death.

Christian faith does not mean blind faith, or faith in the teeth of evidence to the contrary…Christian faith is not blind in the least; rather it is dependent upon a historical event that can be thoroughly investigated with eyes wide open. We can certainly trust that which we can know to be true—indeed, it is the wise thing to do. Our trust or faith is stronger when we have excellent reason to believe in whom we are trusting.”—THE RISEN CHRIST!—Craig Hazen—Defending the Defense of the Faith

Are the Gospels Historically Reliable?

Do the four Gospels in the New Testament give historically accurate information?–William Lane Craig